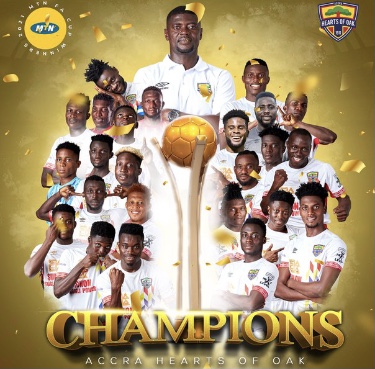 Accra Hearts of Oak are champions of the 2020/21 MTN FA Cup less than a month after winning the Ghana Premier League title.

The Phobians defeated AshGold after penalty shoot out to lift the 2021 Ghana FA Cup at the Accra Sports Stadium on Sunday.

After a goalless draw in regulation time, the game travelled to extra time but both clubs failed to produce a winner until it reached penalty shootout.

The Miners started the game on a brighter note but failed to capitalise on their dominance to open the scoring.

Seth Osei came close to open the scoring very early in the game after combining with Eric Esso but his last ditch effort was saved by Hearts goalkeeper Richard Attah.

Hearts of Oak appealed for a penalty by the 46th minute after a powerful drive from Caleb Amankwa accidentally hit Ampem Dacosta to prevent the Phobians from scoring the opener. The players and supporters protested that Dacosta used his arm in the process but referee Daniel Laryea was not ready for any drama.

AshGold had their chances too when Frank Akoto’s long pass found Mark Agyekum but the striker fluffed the opportunity to the dismay of his colleagues.

Hearts brought on star player Ibrahim Salifu for Isaac Mensah by the 68th minute as they search for a breakthrough.

However, the midfielder’s first attempt to force his way into AshGold’s box was unsuccessful and Fatawu Mohammed also picked a yellow card on the other side

Six minutes later, Hearts midfielder Ansah Botchway was brought down at the edge of AshGold’s box but the resulting freekick by Ovouka was cleared.

Chances in the game became premium as both sides struggled to break down the bulwark defence of their opponents and referee Laryea brought the game to an end and signalled for extra time.

After two AshGold players failed to score their penalties, Afriyie Barnie was presented the opportunity to win the cup for the Phobians but he surprisingly missed his kick with AshGold goalkeeper Kofi Mensah calmly saving the ball.

Benjamin Afutu later missed his kick and AshantiGold had the opportunity to win the day but Seth Osei surprisingly missed his effort.

Hearts of Oak is now the best👍 club in Ghana 🇬🇭 this season. 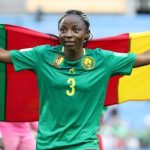 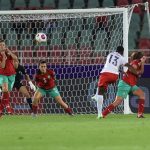 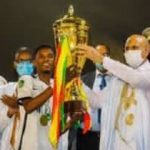